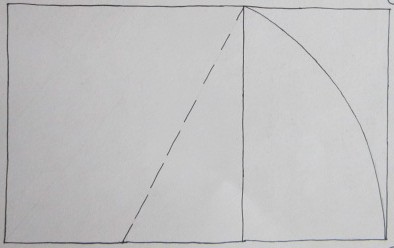 Officials at Colonial Williamsburg today declined to confirm the provenance of a trove of 18th century carpenter’s drawings tentatively attributed to the legendary woodworker Christop herr (Chip) Swarf, recently discovered in a local tavern. Venerated antiquarian Rawry Bumberbill, author of Two and Froe, A Carpenter’s Memoir, elaborated via Twitter, “yep they be real” by way of authentication. Further inquiries have been pointless.

According to confidential sources inside Williamsburg, what at first appeared to be a handful of unpaid bar bills, cocktail napkins, and motel receipts turned out to be actual sketches of furniture designs from the maybe-hard-to-say-possibly-later-middle 1700’s. So far attributed to Chip Swarf, forensic evidence indicates that several other hands may have been involved as well.  Archival conservation, primarily involving the removal of coffee stains and sawdust, is under way.  Handwriting analysts acknowledged that Swarf’s massive thumbprints are “…just all over everything, what a frickin’ mess!”

Inevitable comparisons to the sketchbook of Villard de Honnecourt, and to Cennino Cennini’s Il Libro dell’ Arte (as well as Picasso’s early work) have aroused intense speculation regarding the eventual release of this landmark document. Several publishers have expressed interest, including Lost Heart we’ve never seen a book we couldn’t lose money on Press, and Taunton whose spokesperson said, “It’s just too bad Swarf can’t be around for the book tour. I’ll bet he would be great at the swag table.”

A legend in his own mind, Chip Swarf began his woodworking career as a humble but promising apprentice in the Williamsburg cooperage. “He sure could find the bottom of a firkin!” exclaimed master cooper “Stave” Whitmore.  Higher ambitions, and crushing student loan debt, led Swarf to turn his hand to making furniture, where he quickly became an outspoken champion of hand tool woodworking. He didn’t have much choice! There weren’t any power tools in the 1700’s.

One inordinately large chest, loaded with shiny bronze planes bearing the mark L-N, has been cautiously attributed to Swarf, as have the discovery of gravity, the rational resolution of pi, and beer. Better known to the cognoscenti as Swarf’s Three-legged Stool, it is fervently hoped that the newly discovered document will illuminate these mysteries. “It’s like a huge jigsaw puzzle.” Bumberbill pontificated, “All we know for sure is that Swarf had a magnetic personality. Tools were just attracted to him; they followed him home like hungry kittens. Hell, he died with more tools than I have. He won before I even got started!”

Little is known for certain about Swarf’s later life. Apocryphal accounts abound: that he got filthy rich on book royalties and moved to Costa Rica, another that he abandoned woodworking to become a Buddhist monk in Tibet, or even that he retired to the fabled ancestral homestead in Arkansas; all seem incredulous. Pursuing this enigma shrouded in a mystery, agents for Sotheby’s have been authorized to search to the ends of the earth, or at least as far as Cleveland for an original design by Swarf.

n.b.  this is a work of pure fiction, any resemblance to actual persons is mere co-incidence. If…as Robb White so eloquently put it…you see yourself in one of these characters and want to take it out on my skinny ass just remember, “You got to bring some to get some.”