Near the end of March, 1845, I borrowed an axe and went down to the woods by Walden Pond, nearest to where I intended to build my house, and began to cut down some tall, arrowy white pines, still in their youth, for timber.  It is difficult to begin without borrowing, but perhaps it is the most generous course thus to permit your fellow-men to have an interest in your enterprise. The owner of the axe, as he released his hold on it, said it was the apple of his eye; but I returned it sharper than I received it.
So, I went on for some days cutting and hewing timber, and also studs and rafters, all with the narrow axe.  I hewed the main timbers six inches square, most of the studs on two sides only, and the rafters and floor timbers on one side, leaving the rest of the bark on, so that they were just as straight and much stronger than sawed ones.  Each stick was carefully mortised and tenoned by its stump, for I had borrowed other tools by this time.  By the middle of April, for I made no haste in my work, but rather made the most of it, my house was framed and ready for raising.
At length, in the beginning of May, with the help of some of my acquaintances, rather to improve so good an occasion for neighborliness that from necessity, I set up the frame of my house.  No man was ever more honored in the character of his raisers than I.  They are destined, I trust, to assist at the raising of loftier structures one day.
I sometimes dream of a larger and more populous house, standing in a golden age, of enduring materials…which shall consist of only one room, a vast rude substantial primitive hall, without ceiling or plastering, with bare rafters and purlins…a house whose inside is as open and manifest as a bird’s nest.
Henry David Thoreau, Walden 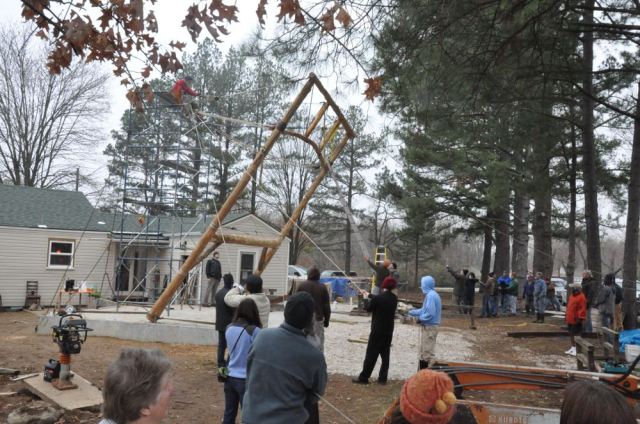 There’s a rather tricky moment here, halfway up; holding the frame with three lines, while one brave soul climbs up to re-set the fourth block. 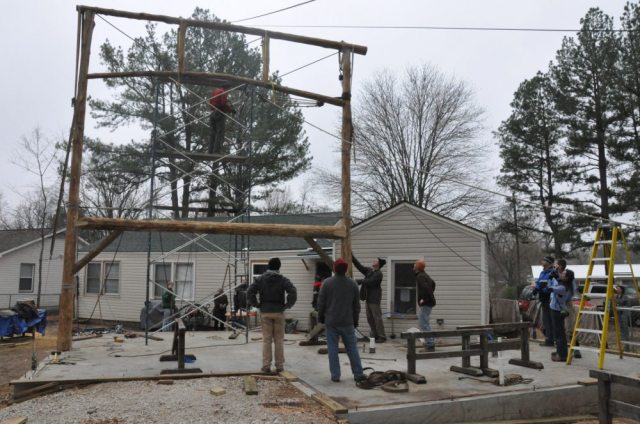 Raising is the icing on the cake.  We spent a week cutting joints and fitting up, figuring out just how to get this ton of oak to stand upright without putting anybody at risk.  Four sections of scaffolding make a pretty decent tower, chained back to anchor bolts, four sets of block-and-tackle for lifting.  Everybody gets to clap on and belay, one line trailing off to the far corner of the yard, with little ones lined up like Russian dolls. 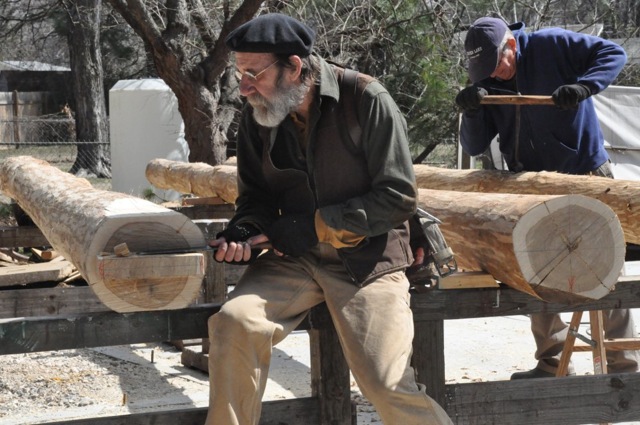 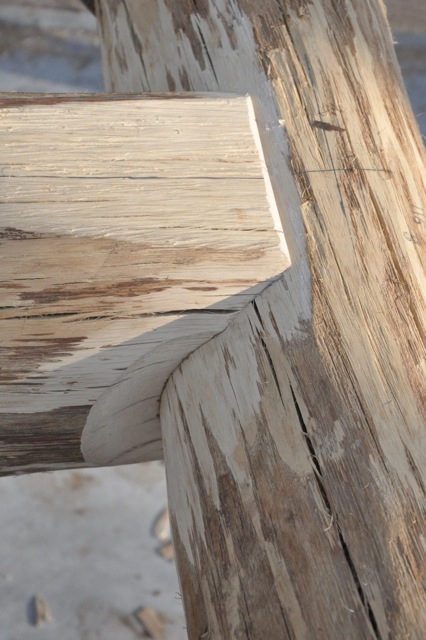 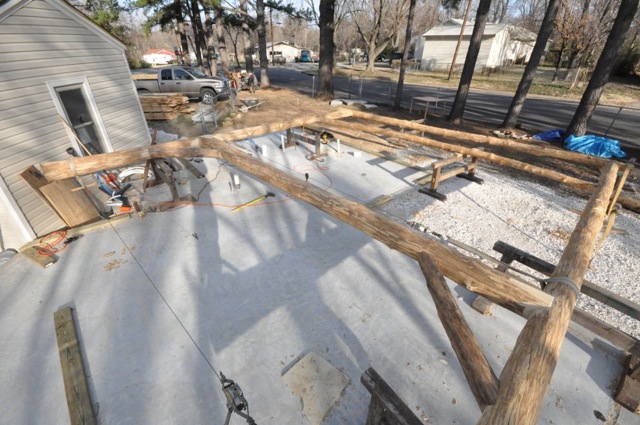 The satisfaction of a job well-done, stripping off the rigging and dismantling the scaffolding.  By the end of the day, walls are framed, and the frame is becoming house. 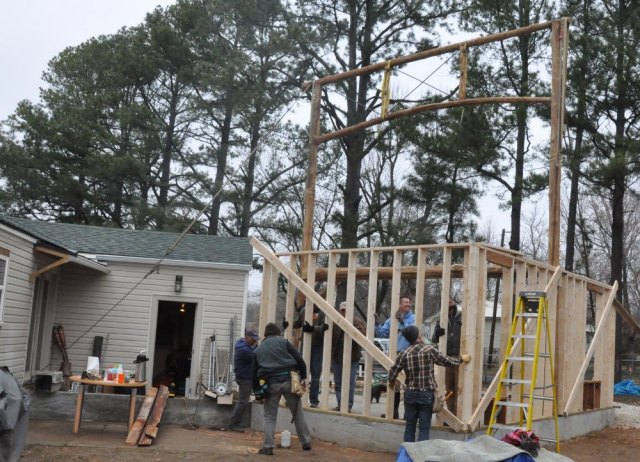 Timber framer, boatbuilder, dreamer, writer, musician; collector of books, tools, aphorisms. "There is nothing, absolutely nothing…half so much worth doing…as simply messing about in boats."
View all posts by michaellangford2012 →
This entry was posted in architecture, carpentry, traditional building. Bookmark the permalink.