This week is spring break, and I spent three days at the public library, allowing a dozen or more kids to make things using a few hand tools and scrap lumber. 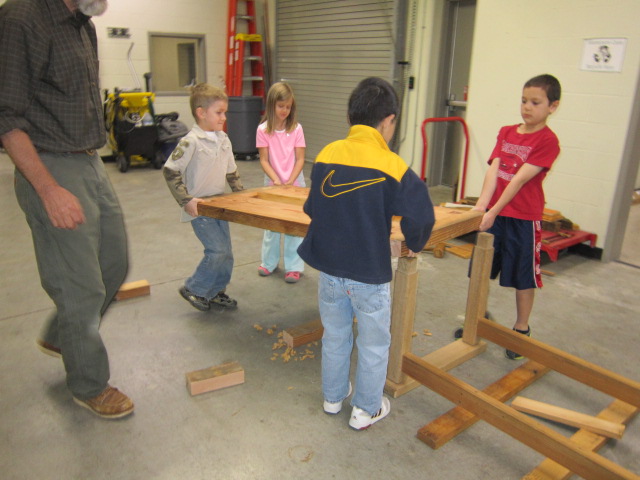 This group of second-graders started out assembling a workbench that I had spent the weekend fitting up.  They moved on quickly to other activities like boring holes, hand-planing, and woodcarving. 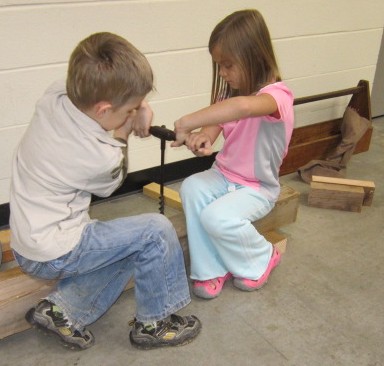 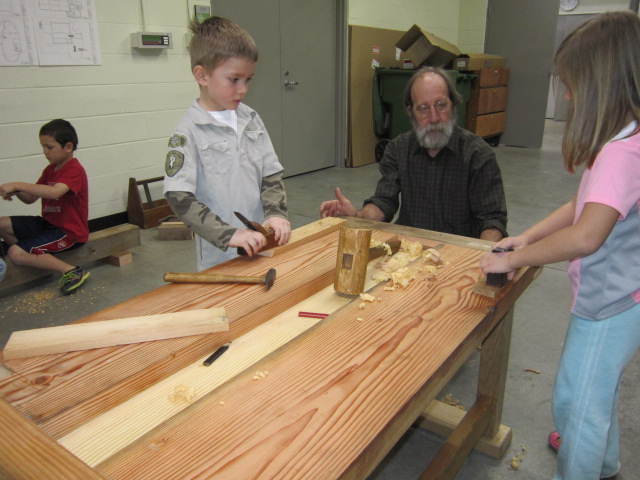 We looked at building models 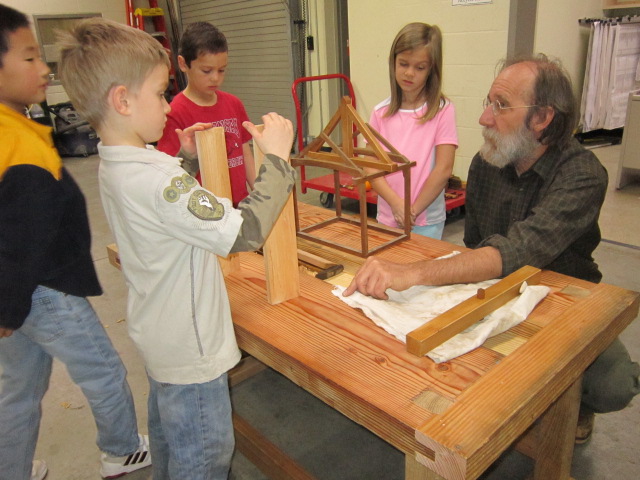 and assembled a truss with mortice and tenon, driving in the pegs with a big mallet. 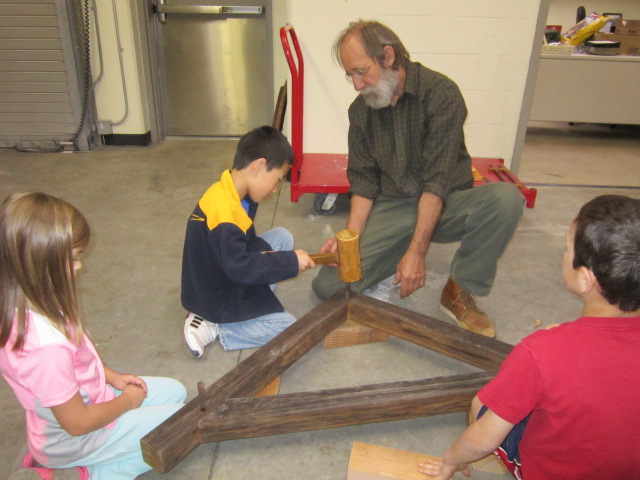 The older kids, fourth and fifth graders, wanted to build a catapult, so I helped a bit, but mostly let them improvise. The results were a bit rough, but the kids were so proud of their handiwork that they insisted on taking the projects home. 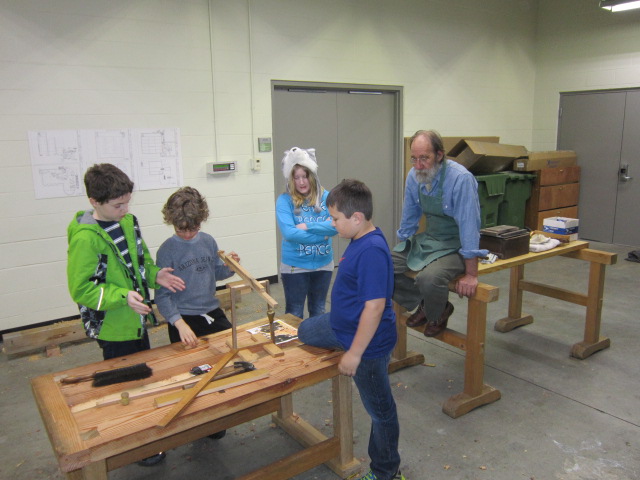 The old standby, driving nails was popular with the boys; 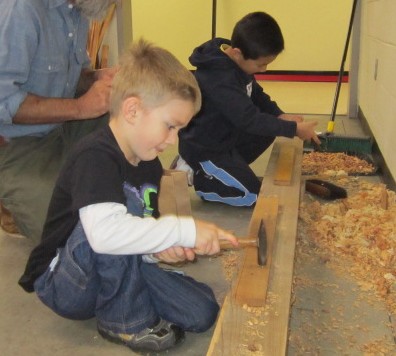 while the girls seemed more adept with woodcarving. 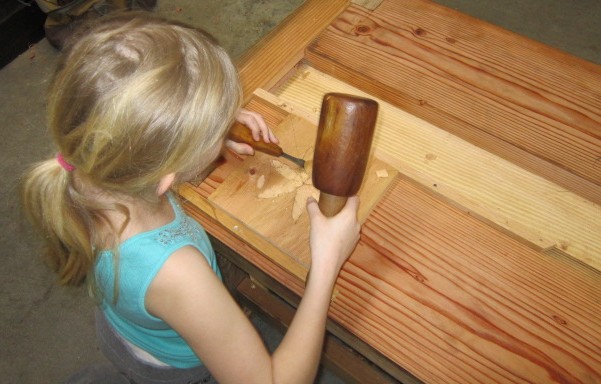 This was a rather improvised workshop, with little planning on my part aside from building the workbench and providing some tools and materials.  The kids were scheduled in three groups of four for one hour per group.  I believe all the kids learned something, I certainly learned a lot.  Next time…we will carve spoons and have ice cream.

Timber framer, boatbuilder, dreamer, writer, musician; collector of books, tools, aphorisms. "There is nothing, absolutely nothing…half so much worth doing…as simply messing about in boats."
View all posts by michaellangford2012 →
This entry was posted in carpentry, education reform, furniture, unscholastic achievement. Bookmark the permalink.